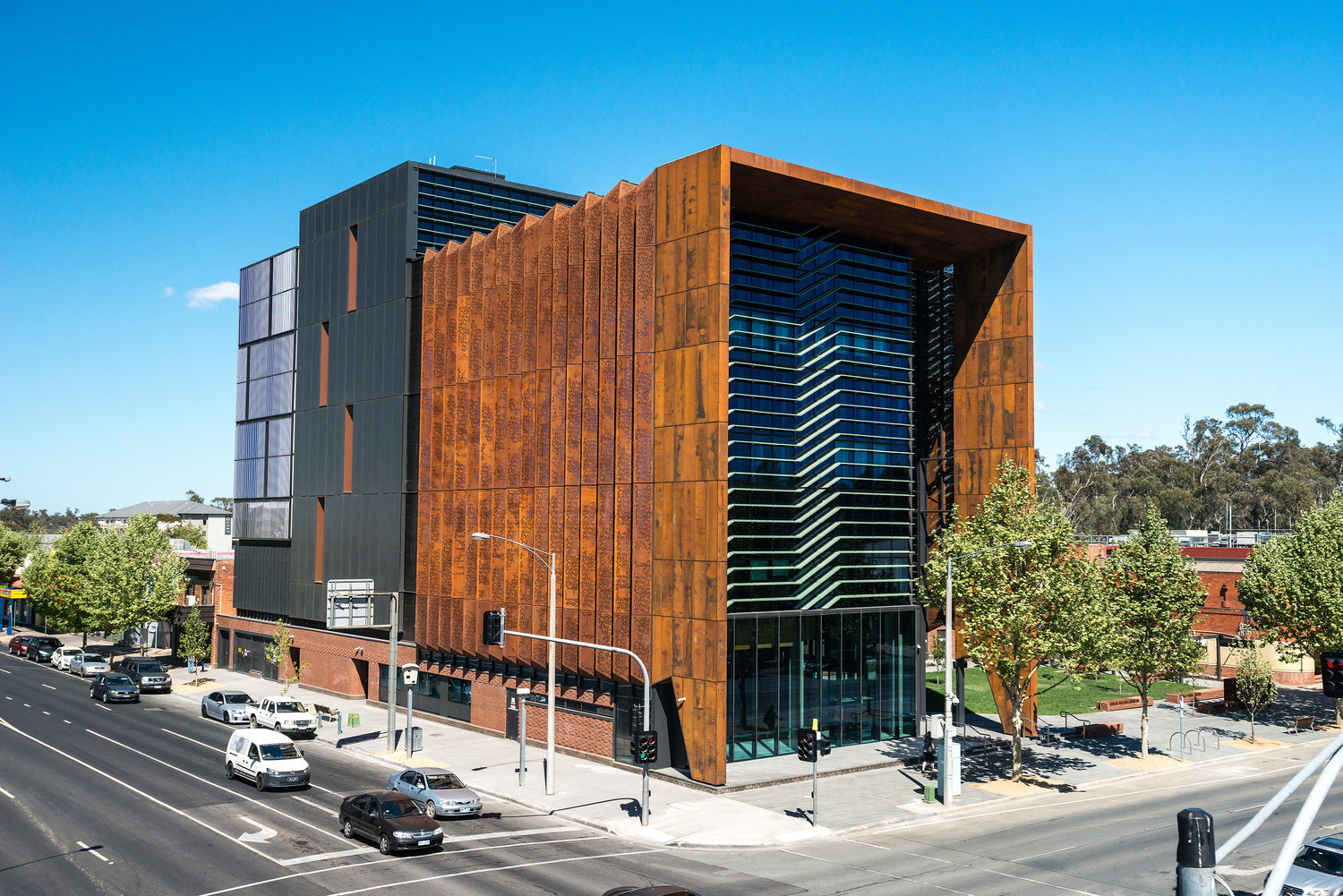 The major challenge of this project was to ensure that the proposed use and development would be considered as one of regional significance in order for the Minister for Planning to be the Responsible Authority and for Council to agree to this process to facilitate the development.

Throughout our consultative process we were able to agree that no separate public consultation process was required as the development of the courts was considered a goal of the community. This delivered significant time and cost saving in the overall process.

The process, post due diligence, required the acquisition of an additional property in order to provide sufficient land area, as well as strategic consultation with Council and members of the Department of Environment, Land, Water and Planning to set the framework.

Other considerations to this project included the retention and incorporation of the existing 1930’s Shepparton Court House into the overall precinct and rezoning the land to ensure the zone reflected the uses on site.

Uniquely, through this process the approval framework was agreed to prior to the plans being finalised.

The result was the smooth process to development of the iconic new regional headquarters for the Hume and Goulburn region, which comprises multi-jurisdictional courts in a modern, environmentally sustainable and aesthetically striking building. 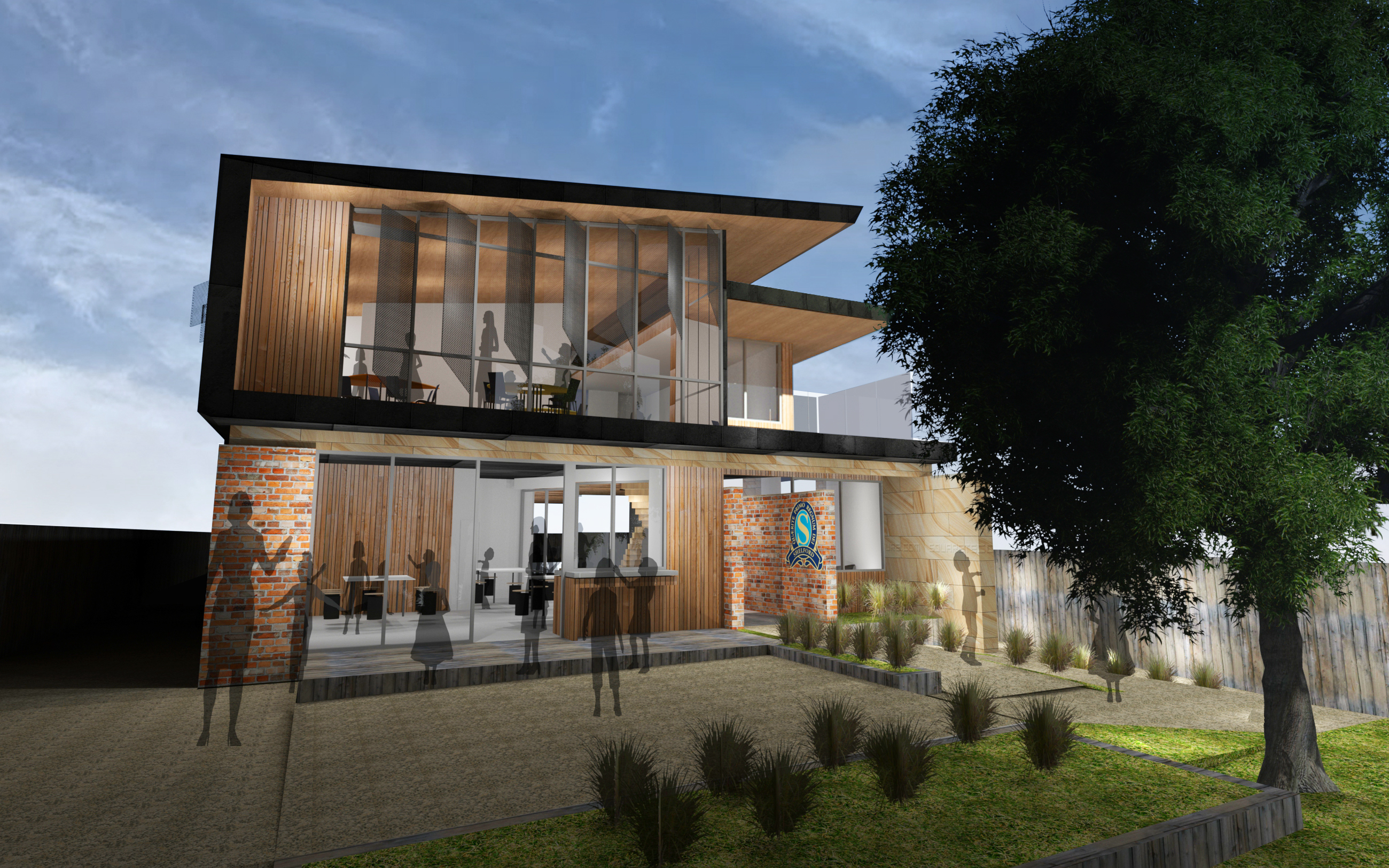 Shelford Girls Grammar school has had an established presence in the Glen Eira area since 1898. In line with the school’s ongoing drive for excellence in education and in particular in the area of STEAM (Science, Technology, Engineering, Arts and Mathematics) the school had purchased an adjoining property in the past with the goal of future expansion and facility upgrade.

Unfortunately a covenant on title prohibiting anything other than a single dwelling made the approval process more complex.

Working with the school board and property manager, Clarke Hopkins Clarke as the architects for the project and in consultation with the planning department of the City of Glen Eira, a planning scheme amendment and planning application were lodged.

In this instance, the only other viable course of action would have been to apply to the Supreme Court to vary the covenant and then if successful separately apply to Council for approval of the use and development.

The planning scheme amendment was undertaken to vary the title to specifically allow the development of the building based on the plans lodged with Council.

Objections were made from adjoining property owners, however Council officers supported the amendment and application and requested Panels Victoria to provide the Council with a recommendation.

The process from commencement took approximately 2 years and led to the approval of the development and variation of the covenant. The school is currently in the process of finalising the plans with the aim of commencing development on the site, enabling it to enhance its delivery of education to all students into the future. 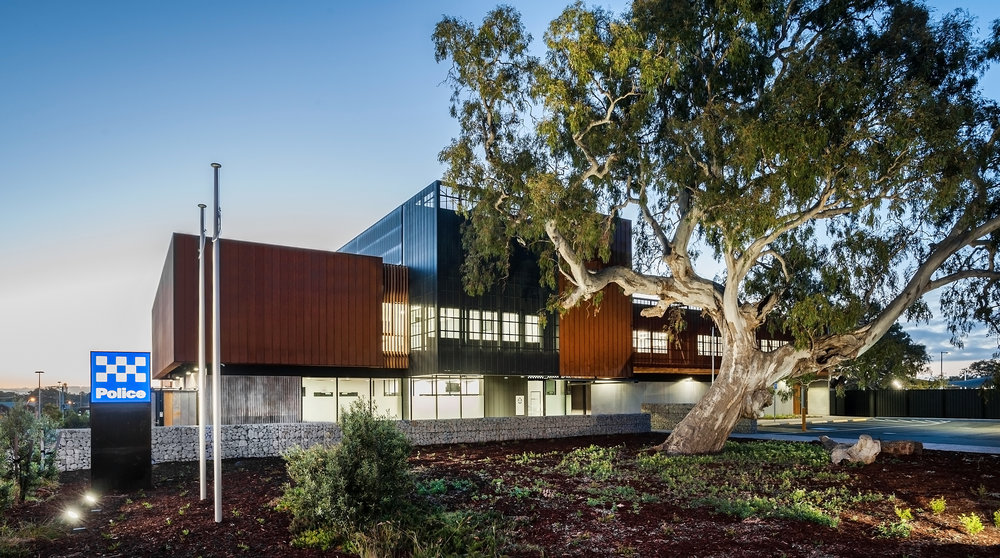 With the support of the project team and the City of Whittlesea the new station was approved within 60 days of submission. 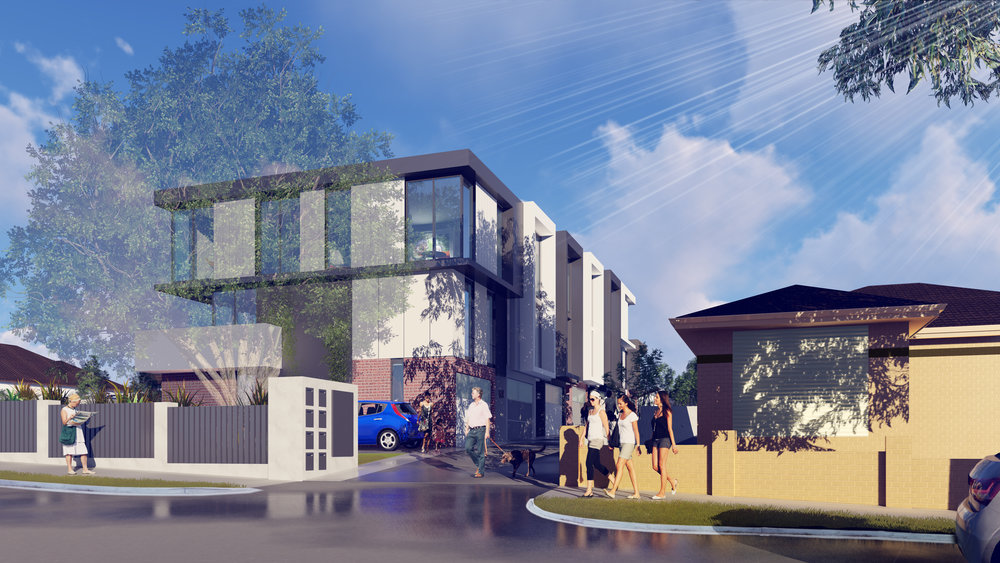 This medium density development consisting of 6 three storey and 1 two storey apartment was approved with no recourse to VCAT.

Our Lady of Mercy College

The new infill expansion to the school consisting of 2 new multistorey buildings was achieved with no recourse to VCAT despite objections to the proposal.

Connecting The Gordon Institute of TAFE with the Geelong community

The Gordon Institute of TAFE

As part of its ambitious agenda to rebuild and grow TAFE learning, the State government provided $13.5 million funding to The Gordon to strengthen its ability to provide quality training and services to all Victorians. This pre-Covid era initiative also facilitated the establishment of the Geelong Tech School at The Gordon’s Geelong campus.

This Victorian government funding facilitated the redevelopment of Gordon TAFE as part of the City Campus Rejuvenation Project. In response, The Gordon also provided $6.5 million to facilitate a new library and state-of-the-art tech school.

A key part of the project was the provision of a digital screen measuring 4.5 x 7.0 metres with a 60 second dwell time between screen information changes. The screen would have frontage to La Trobe Terrace, which is a major gateway to the business district in Geelong. Unlike other major promotional signs, this large sign would publicise community events, Gordon-related activities (ie. Skills and Job Centre announcements), partnership activities including career expos, and statewide initiatives such as Transport and Accident Commission initiatives.

Working with our architects Vincent Chrisp Architects and in cooperation with officers at the City of Greater Geelong, approval was granted for the redevelopment of the campus with minimal issues and delay. Additionally, approval was also required and granted for the 31 square metre digital sign by VicRoads to ensure that the sign would not be a distraction for drivers.

Overall, this upgrade for The Gordon was an enormous success, and now serves students across the wider Geelong area better than ever in their TAFE studies and vocational training.

Vincent Chrisp Architects, the Department of Health and Human Services 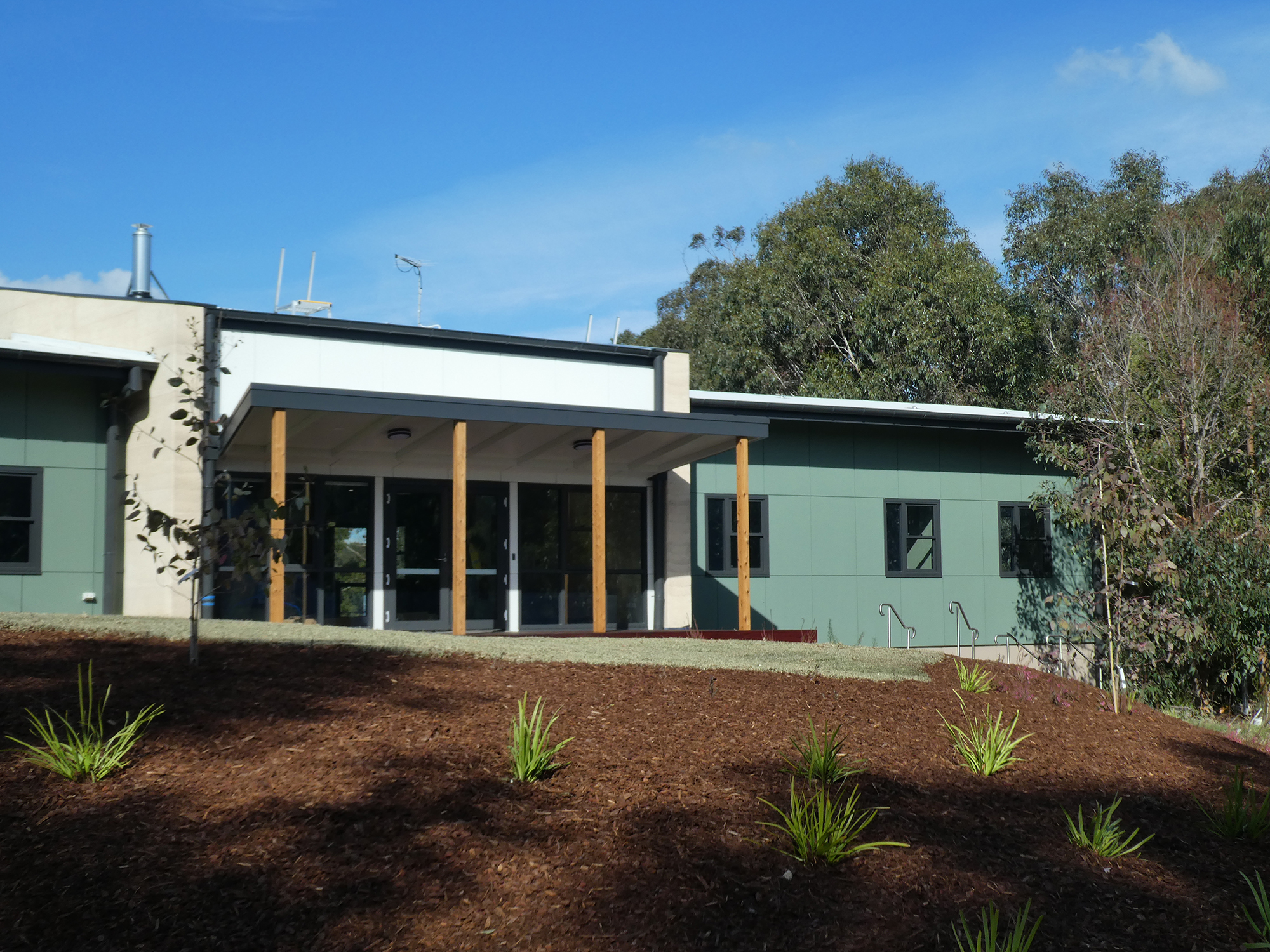 A key focus in what we do and want to continue doing is work with not-for-profit organisations to create a positive impact in our communities. In 2018, Maureen Jackson Planning worked with Windana Drug and Alcohol Recovery Inc. to establish accommodation amenities for programme participants.

Windana is a community-based not-for-profit organisation established in 1984, and assists up to 1,500 people across Victoria by providing AOD treatment services. Spearheaded by the Department of Health and Human Services who fund drug and rehabilitation programmes, the Victorian government initiated a programme to invest in the provision of adult residential rehabilitation beds by a number of means. This included using temporary accommodation solutions to provide immediate relief for sufferers, ensuring there was a supportive environment available to them, and investing in long-term facilities too.

Windana operates a long-term residential treatment program at Maryknoll and planning approval was gained for the provision of temporary accommodation. This accommodation would be in the form of 4 demountable residential modules with group rooms for up to 5 years. It would provide capacity to help an additional 30 clients on-site.

There were a number of unique considerations for this project, including bushfire management, cultural heritage and vegetation protection as well as infrastructure works. The application also went through a public notification process. The site and facility are considered to be great neighbours in their community.

A permit was issued with the support of Cardinia Shire Council, and Windana proceeded to gain further approval to build a short-term rehabilitation service building, known as Welcome House. Today, Windana continues to do important work in supporting those in need of assistance in our community, and remains a memorable and meaningful project for Maureen Jackson Planning.

Department of Health and Human Services

Emergency Medical Services (EMS) helicopters play a vital role in the operations of Geelong Hospital and are used to assist critically ill patients or people who have been involved in road trauma accidents. Geelong Hospital is located at 272-322 Ryrie Street, Geelong.

Given the strategic location of Geelong as one of the largest regional areas west of Melbourne, the EMS serves a large catchment area.

The long-term protection of the operational area of the EMS helicopter flight paths was considered essential, in order to properly protect the current and future community.

On behalf of Geelong Hospital and the Department of Health and Human Services, we worked with PSNK Aeronautical Services to protect the operation of the helicopter service by implementing an overlay into the Greater Geelong planning scheme . This overlay, with associated development height criteria, ensured air ambulance helicopter operators would be aware of the location and height of objects in their surroundings. This also incorporated  the approach, departure and manoeuvring area of the Geelong Hospital EMS helipad.

The introduction of the controls triggered a referral process to the Department of Health and Human Services, and was used for the purposes of information rather than objection to any development proposed in the CBD of Geelong. The areas were mapped by applying standard requirements for EMS helipad flightpath protection and were tailored to suit the local conditions around Geelong Hospital. These conditions included things like winds, topography and existing buildings.

The amendment was approved without referral to a panel process, and successfully implemented thanks to collaborative efforts with our project partners.

Department of Health and Human Services 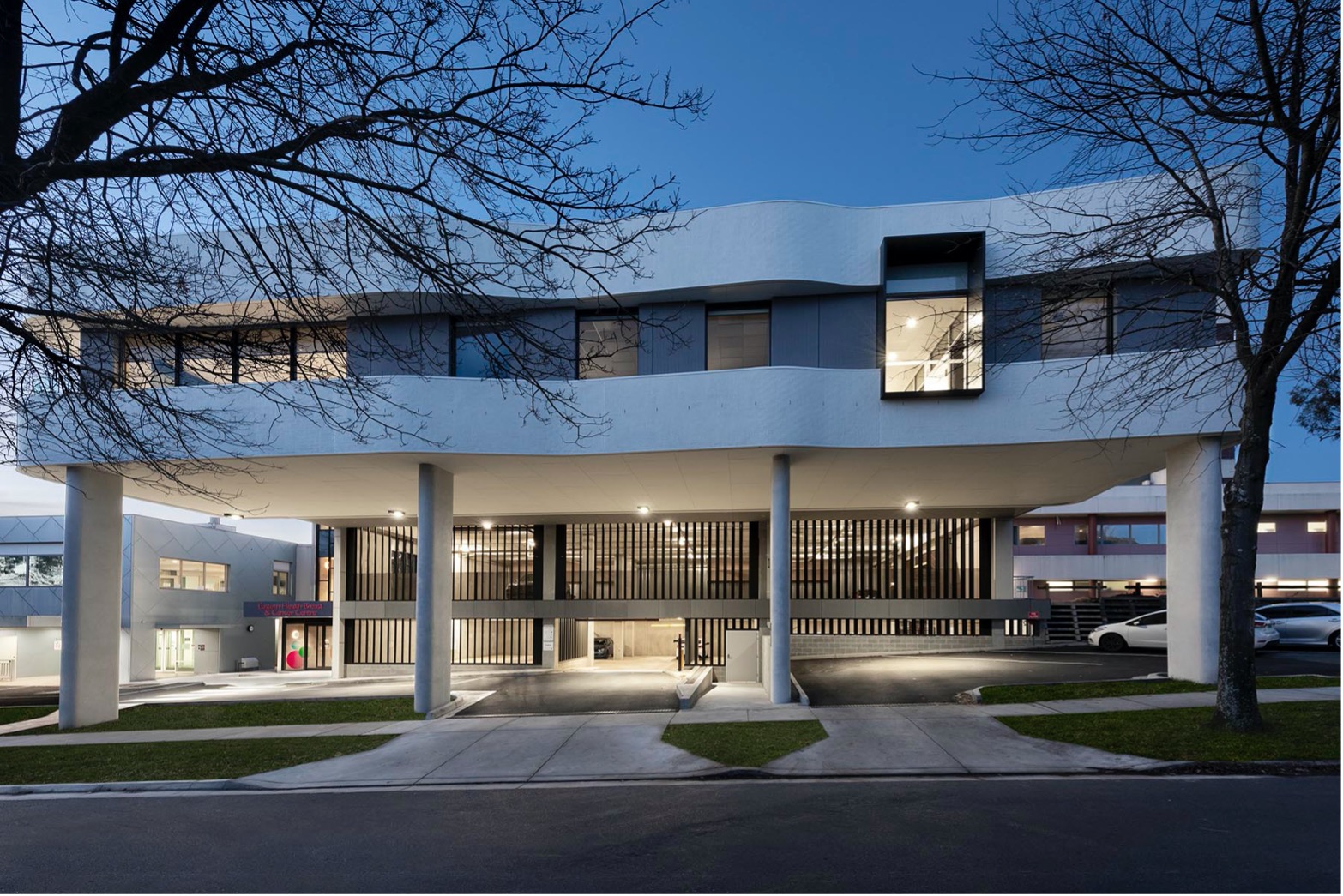 As part of our ongoing work on public hospital development and expansion, we have facilitated planning approval for a number of public hospitals throughout the state. In particular, advice and assistance were provided to Eastern Health in relation to both the master planning and development of a number of sites that form part of the Maroondah Hospital complex.

Working with a variety of architects, including Billard Leece Partnership in Melbourne, we reviewed strategies to proactively facilitate growth in hospital services in the future under the auspices of the Department of Health and Human Services.

One of the key issues with any hospital expansion is the provision of car parking, especially if the hospital is located in a residential area. This was the case at Maroondah Hospital, but planning approval for an at-grade car park adjacent to the main hospital was sought and gained from the Council.

Following this, approval was also gained for the construction of a multi-deck carpark, to be used for the existing and future needs of the hospital and its clients. The development of this car park was undertaken with the consent of the Minister for Health, which included consultation with residents on the proposed design. Resident feedback led to various modifications of the car park, and discussion and feedback with the Council influenced the project’s design and process. 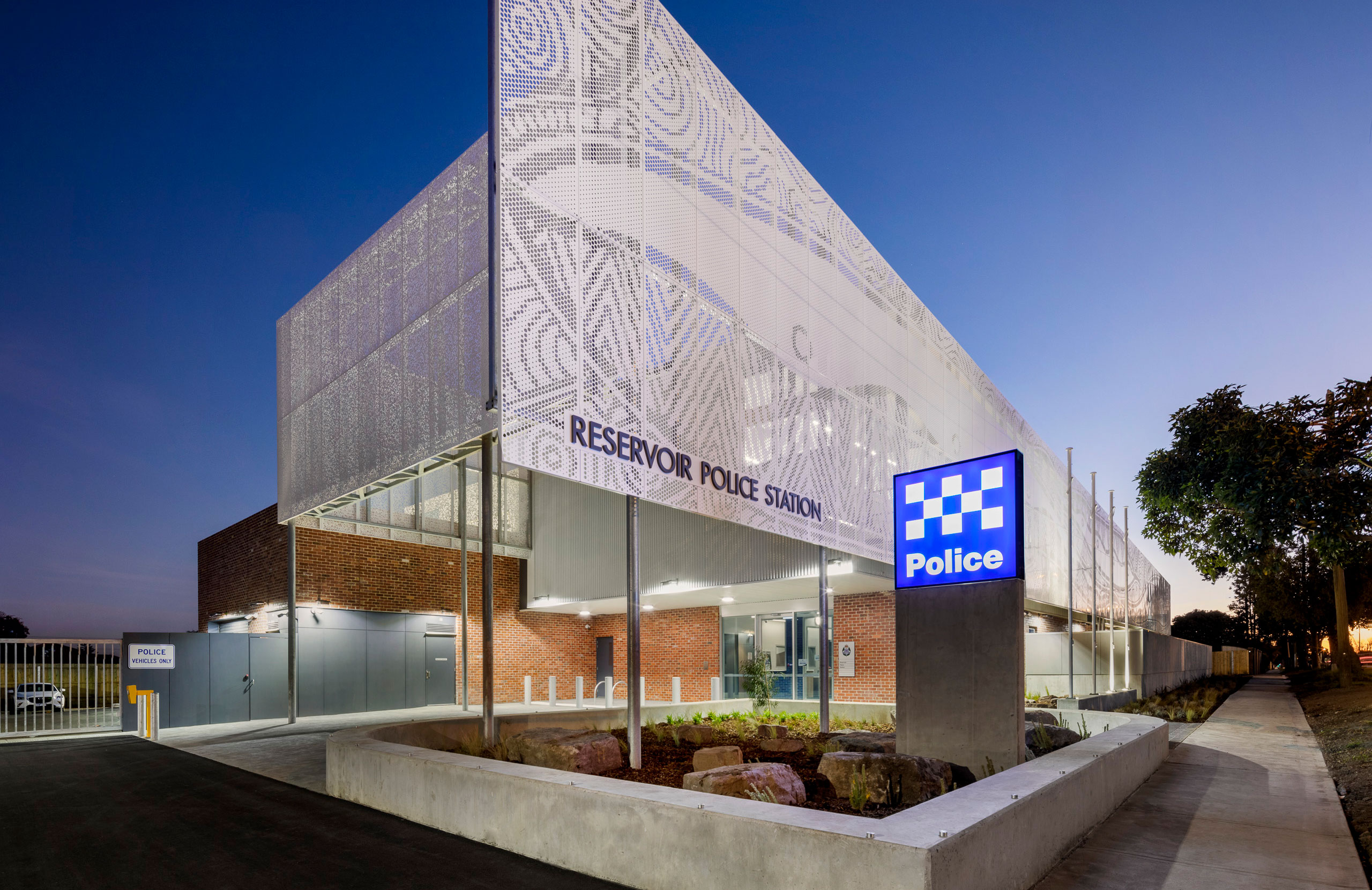 On behalf of Victoria Police, we worked on gaining approval from the City of Darebin and VicRoads for the development of a new 24-hour emergency facility to help meet current and future demand for police services in Reservoir. The project required the demolition of a number of dwellings, consolidation of four properties and construction of a road median to allow police vehicles to access Mahoney Road.

Interestingly, whilst the land was developed for residential purposes, the one vacant block of land in proximity to a creek triggered a Cultural Heritage Management Plan (CHMP).

Working with FMSA Architects and TSA Management as project managers, we approached the development with a heavy focus on acoustic management, given the area is predominantly used for housing. When objectors to the project arose, our team undertook consultation with them, resulting in no appeals being lodged. Councillor support was made available to objectors when the item was raised at a Council meeting. Despite the initial objections, planning approval was granted. 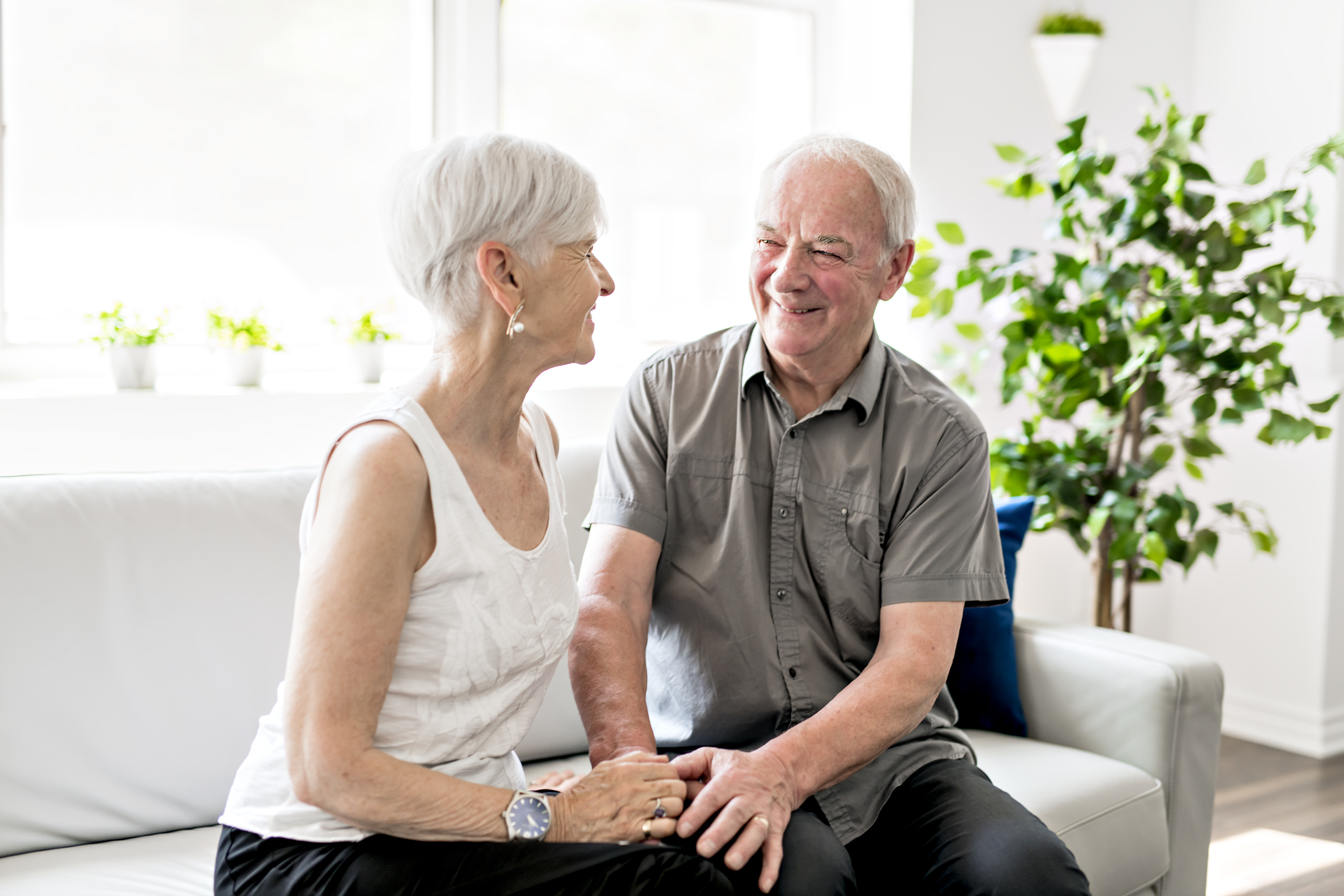 We worked with Bamford Architects on behalf of Goulburn Valley Health and the Department of Health and Human Services (DHHS) to review the implications of extensions to Wahroonga Retirement Village Hostel. Extensions planned for included new lodging rooms, expanded facilities for residents, a larger car park and landscaping on site.

Starting with a detailed due diligence, we looked for aspects of the extension that were likely to cause key issues in future town planning. Whilst the zoning was appropriate for the use, the site was impacted by a heritage overlay. Once all planning options relating to the proposed development were reviewed, it was determined by DHHS that, rather than make use of an exemption available to the Minister for Health, a planning application was the most appropriate method to ensure approval and agreement with the Shire of Campaspe.

Our application took consideration of the traffic, car parking and heritage implications of the extension, resulting in all planning issues being resolved. The community and Council did not raise any objections and supported the project by granting a quick planning permit.